A hearty welcome to our guests from abroad!

We warmly welcome you to the Ravenstein Dialysis Centre (RDC), which is located in Ravenstein, a quaint town dating back to 1358, in the south of the Netherlands. Our dialysis centre is a satellite clinic which provides dialysis services and treatment for two large hospitals in Brabant: the Jeroen Bosch Hospital in ‘s Hertogenbosch and Bernhoven Hospital in Uden, as well as for foreign guests visiting our country. The towns of Ravenstein, ’s Hertogenbosch and Nijmegen boasts numerous hotel accommodations, allowing you and any fellow travellers to stay comfortably within easy distance of the clinic (for links to hotels, bed and breakfast and bungalow accommodations please see below).

Conveniently located in the centre of the Netherlands, there are many interesting sights and places of interest near Ravenstein.  Two historical cities;  ‘s Hertogenbosch and Nijmegen are only a short drive or train trip away from Ravenstein and both are well worth your visit!

While on holiday in the Netherlands we are able to offer you professional dialysis treatment in a comfortable, home like setting. RDC’s twelve dialysis stations are equipped with state of the art technology. The dialysis machine, Fresenius 5008, is used for hemodialysis and hemodiafiltration treatments. The water is filtered and purified by a AquaA DUO HT water installation, which uses both a double RO (reversed osmosis) installation and heat-sanitation to insure excellent water quality. It is our mission to make your stay in our centre as comfortable as possible. We invite you to watch a virtual tour of our facility on youtube. The link is available below.

Our staff-members are experienced Nephrologists, who all trained as Internists in the University hospitals of Leiden, Utrecht, Nijmegen, Amsterdam, Rotterdam or Maastricht. All of our dialysis nurses are certified according to Dutch law. For more information see ‘Wie werken er bij ons’ (meaning ‘Who works in our centre’).

We want to provide the best care possible during your stay in our centre, therefore we ask you to contact us at least two weeks in advance of your planned stay. As we will need your medical and dialysis information from your doctor, we would like to ask you to discuss your holiday plans with him/her and to ask him/her to send the information mentioned above to us (contact). You can also contact us by telephone: 0031486417120 or fax: 0031486417129.  Ask for Thelma van der Heijden, our nurse in charge.

The Netherlands have a long, rich and varied cultural heritage. In order to help you take advantage of Ravenstein’s strategically central location, allow us to make a few recommendations for possible day trips.

Jheronimus Bosch: visions of a genius!

Jheronimus Bosch was born in 1450 in ’s Hertogenbosch, Brabant, the Netherlands. He was a painter of the northern renaissance school. Characteristic of his style are the bizarre and satiric paintings on themes such as lawlessness, deceit, laziness and vanity.

Replicas of his work can be seen in the Jheronimus Bosch Art Center in ’s Hertogenbosch. 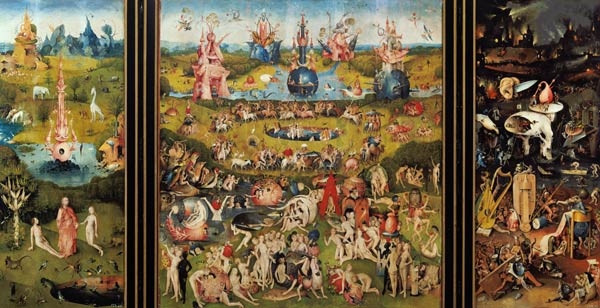 The van  Gogh experience: his life and work

Vincent van Gogh was born in 1853 in the province Brabant in the Netherlands. He was a Dutch artist, whose paintings are in the post-impressionistic style. Nowadays, van Gogh is regarded as one of the greatest painters of the 19th century.

During his life Vincent lived in several places in Brabant. Later he went abroad and lived in Paris, Brussels and London. 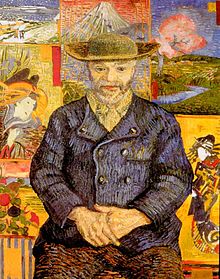 We recommend trips to Vincent’s birthplace in Zundert and the nearby town of Nuenen where he painted many of his early works, among which The Potato Eaters. More information about these towns and the many museums displaying his work can be found at www.Holland.com.

Dutch Culture: The Golden Age in the Netherlands:

The Dutch Golden Age (in Dutch: Gouden Eeuw) was a period in Dutch history, roughly spanning the 17th century, in which Dutch trade, science, military, and art were among the most acclaimed in the world.

Several factors contributed to this prosperous period. In addition to the mass migration of natives from the South of The Netherlands (often skilled craftsmen and rich merchants) to the cities in the west of the country, there were also significant influxes of non-native refugees who had previously fled from religious persecution, particularly Sephardic Jews from Portugal and Spain, and later Huguenots from France. This included the Pilgrim Fathers who also spent time in The Netherlands before embarking on their voyage, on the Mayflower, to the New World.

A ready supply of cheap energy generated by both windmills and from peat was transported by canal to the cities. This was a crucial step allowing for the emergence of the golden age. Additionally, the invention of the sawmill enabled the construction of a massive fleet of ships which in turn allowed for worldwide trading and at the same time for the military ships needed to defend the Republic’s economic interests.

We highly recommend a trip to Amsterdam where the historical, architectural and cultural symbols of the golden age are evident everywhere you look.

We can also recommend trips to several other beautiful cities and places in the Netherlands.